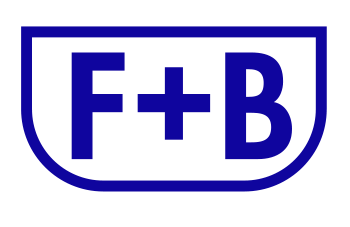 Campylobacter is recognized as one of the most prevalent food pathogens and is responsible for the highest percentage of food-related illness and deaths in Europe. Approximately 200,000 human cases are reported each year, while the actual number of cases is believed to be around 9 million each year; costing an estimated EUR 2.4 billion a year to public health systems and lost productivity in the EU1.

It is likely that handling, preparation and consumption of broiler meat accounts for 20% to 30% of human cases of campylobacteriosis

A 2010 baseline analysis conducted by the European Food Safety Authority (EFSA) found that approximately 75% of slaughterhouse broiler carcases were contaminated with Campylobacter bacteria (although at significant variations)2. Furthermore, “according to the EFSA Scientific Opinion on the risk of human Campylobacteriosis linked to broiler meat...it is likely that handling, preparation and consumption of broiler meat accounts for 20% to 30% of human cases of Campylobacteriosis, while 50% to 80% can be attributed to the chicken reservoir as a whole”3.

Although Campylobacter is not transferred through vertical transmission (from laying bird to egg), hatching eggs are at risk from other external contamination through the pores and hairline cracks in the shell and from vectors such as hands, trays and transport equipment.

Routine procedures on the farm such as poultry handling and transportation practices have been shown to have an effect on the level of Campylobacter positive birds at the processing plant. Sources of contamination include the external environment, people, equipment and vehicles; and intervention processes need to be considered for each area. The environment outside poultry houses is typically heavily contaminated with Campylobacter and hygiene precautions are often inadequate.

Transport crates and modules are very difficult to clean and faecal residue often remains after washing: a likely source of Campylobacter contamination. Additionally, the thinning stage is thought to make broilers more susceptible to Campylobacter resulting in a high potential for infection during the period from being placed in contaminated crates and removed for slaughter.

Due to the potential for contamination in the broiler houses, birds transported to the processing factories are likely to be Campylobacter positive. Differences in the prevalence of Campylobacter-contaminated carcases can be traced to different slaughter practices and process operations (scalding, de-feathering, evisceration, washing and chilling).

It is good hygienic practice to disinfect the eggs as soon as possible after collection from the breeder farm and again upon arrival at the hatchery. Trays, hatcher baskets, and chick boxes need effective cleaning and disinfection after use to prevent cross-contamination and the hatchery environment requires disinfection by room fogging to allow the chemical to disinfect the ventilation units, air inlets, walls, floor and ceiling at the same time.

Changing from external footwear before entering a broiler house into captive footwear which is regularly cleaned and disinfected is a superior hygiene barrier to foot dips and helping to reduce microbial survival.

The hygienic design of equipment is important for minimizing contamination and growth of pathogens. In the slaughter process, machines should be adapted to the variation of carcass sizes within a batch to minimise the risk of viscera rupture and the release of the bird’s intestinal contents which could contain Campylobacter spp.

At the end of each production shift, machinery and equipment should be cleaned and sanitized following good manufacturing processes and standard operating procedures. At the beginning of each production shift, processing lines should be checked to make sure that no undesired residue is present. Check out our guidelines and download a checklist from our Post-Clean and Pre-Operational Inspection in a Good Hygiene Plan.

The interior and exterior of the transport vehicles should be cleaned and disinfected after transporting to prevent cross-contamination.

Having a well-trained workforce that recognises hygiene issues is an important step to avoiding cross-contamination. Those working in poultry processing should:

Diversey Food and Beverage has developed a range of products and services specifically to target and control Campylobacter contamination during the processing and manufacturing stage:

END_OF_DOCUMENT_TOKEN_TO_BE_REPLACED 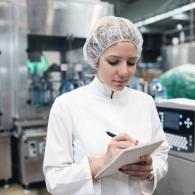 [TEMPLATE] Post-Clean and Pre-Operational Inspection in a Good Hygiene Plan
May 02, 2018 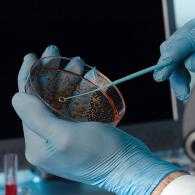 Need to Talk to Customer Service?